Boarding School was not Cheryl Rich’s route to discipline. She cultivated emotional intelligence through a life of challenge in Cleveland’s ghetto. Raped at 11, shamed as a mother at 12, she found the determination not merely to survive, but to thrive.

With 20 years of “Hood” life and companions like abuse and poverty, selling drugs for college tuition and survival, she succumbed to using. Cheryl landed in prison. Spending 4 years and 5 months on a steel cot, she recovered from addiction and harnessed her mission to help others heal.

Shockingly, six months and 17 days after her release, her only child, Eric, 18 died in a car accident. Cheryl rose from those ashes with fierce determination to overcome her life’s most shattering tragedies.

Cheryl completed her BA degree and, with a one-way ticket in tow, flew to Hollywood with a dream and her mission: to guide others out of self-hatred, which she had been unable to accomplish for her son.

In Hollywood, Ice Cube, superstar rapper, was experiencing his own dream come true. She penned a letter to him asking for a job. The next day, Cheryl had her first job in Hollywood. Ice Cube was the reason.

With years of experience around entertainment industry personalities, he excelled at “reading” them! When Cheryl Rich hit Doug Deluca’s radar (Co-Producer of “Jimmy Kimmel Live,”) it triggered a long friendship of conversations. Fourteen years of observing Cheryl Rich’s choices, he just leaned in and began to mentor her unyielding determination becoming the key producer of the series she was pitching: “The House,” currently airing on FoxSoul.Tv!

Cheryl Rich holds a M.A. Degree in Clinical Psychology from Antioch University, with certifications as an Intervention Specialist and a Victims Assistant Mediator.

Founding the Self-Acceptance Academy and volunteering hundreds of hours with other non-profit organizations for 20-plus years, led her to be an eager and assertive Mental Health advocate. Cheryl’s nonconventional, therapeutic technique meets people where they are. Her ability to provide much-needed hope to the hopeless has facilitated therapy sessions within churches, foster homes, drug rehabilitation centers, juvenile halls and prisons. She comes in with the gift of making instant connections. She uses humor to diffuse anger, anxiety, even grief, with wisdom, grace, and strength. Cheryl guides, “from self-hatred to self-love.” Her belief is “the real addiction is the addiction to being abused.”

Discover the inside look into Cheryl Rich, who turned pain into purpose. 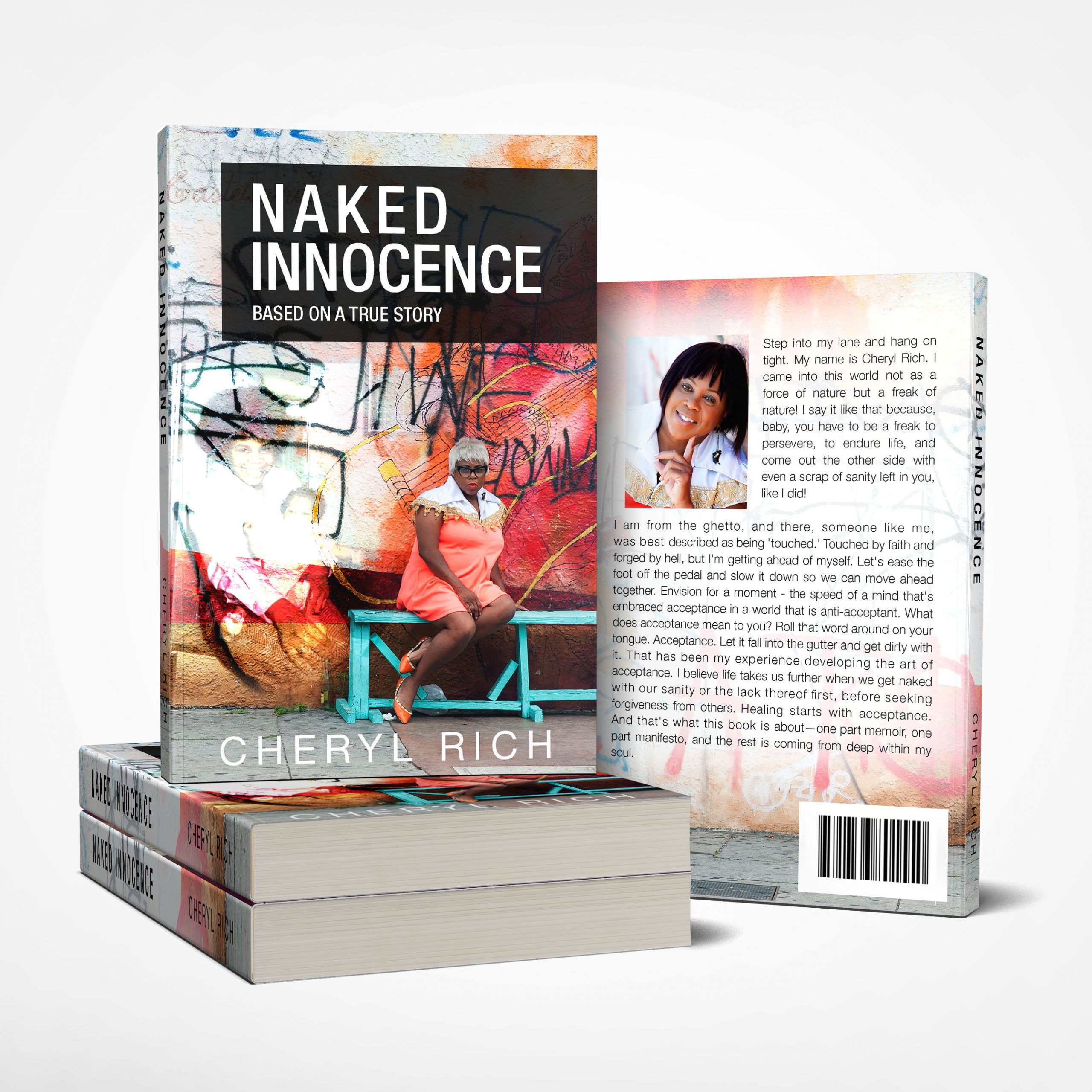